“Zen for Zin”: The Wines of Carol Shelton

Speaking with an iconic winemaker, one that strives to create a zinfandel for every palate, I asked her to describe her wines in one word. In the small lunch room at her northwest Santa Rosa production facility, Carol Shelton responded, “Balance.”  Within a few minutes I would agree with her answer after tasting a zinfandel flight, each from distinct vineyards throughout the state.  With Wine Spectator magazine including her 2011 Carol Shelton “Wild Thing” Zinfandel (90pt/$19)on their 2014 Top 100 wines list, there has been increase attention to her releases.

Carol Shelton believes that the long journey to becoming a

winemaker and owning a winery began with an “identify the scent” game her mother played when she was a young girl.  Later, as an English student at UC Davis, the scent of a Sonoma County barrel room persuaded her to change career goals and complete a degree in Enology.

Her early career began working with winemakers in California and Australia, later returning to Sonoma County where she worked at Rodney Strong and 19 years with Windsor, honing her style and concentrating on the zinfandel varietal.  Carol has not missed a harvest since 1978 and in 2000, she and her husband founded Carol Shelton Wines, selling barrel futures to finance the bottles for the first vintage.

Like other successful winemakers, one of the main factors in her success is the ability to discover and partner with exceptional vineyards throughout the state.  She sources grapes from Mendocino County, the Alexander Valley, Lodi and Paso Robles. In

addition to the premier Dry Creek and Russian River Valleys in Sonoma County, she has discovered vineyards in the Fountaingrove District in north Santa Rosa and as far south as the old vines of the Lopez Vineyard, located where Highways 210 and 15 intersect in Rancho Cucamonga, south of Los Angeles.

a Century ago and is currently certified organic. Located adjacent to two major freeways, these vines define the tough conditions that zinfandel can thrive in.  From the Florence Vineyard in the Rockpile AVA, high above Lake Sonoma, the 2013 Carol Shelton “Rocky Reserve” Zinfandel ($35) is a fragrant wine with rich earth and mineral elements and nicely balanced fruit and spice throughout. The addition of petite sirah (14%) adds depth to this wine.  The last of our zinfandel flight peaked my interest because the grapes were sourced from a vineyard in the new Fountaingrove District AVA in north Santa Rosa, minutes from my home. The PeaceLand Vineyard, a translation of the German owners name, Friedland, sits in a fairly wild setting, overlooking at city of 160,000 people.  With seven-percent petite sirah added, I found the 2013 Carol Shelton “Peaceland” Zinfandel($30) to be the richest, most jammy of the three.  Spice flavors and hints of chocolate enhance the complexity of this wine that will age gracefully.

Rhone blend.  Known for craft zinfandel, Carol has created a complex, layered white wine that will pair well with shellfish, scallops, fish and even some chicken dishes. A blend of grenache blanc, roussane, viognier and marsanne, sourced from Paso Robles

Shelton’s quest for obscure vineyards led her Auburn, CA in Placer County where the Damiano Vineyard is burrowed into the heat and elevation of the foothills.  The 2014 Carol Shelton Viognier ($20) delivers a full expression of fruit, both mango and grapefruit, soft and tart. Produced in both oak barrels and stainless steel with no malolactic fermentation, it is regularly stirred sur lee to add a creamy texture. Part of her wild yeast selections, the 2014 Carol Shelton “Wild Thing” Chardonnay ($18), with small amounts of viognier, muscadelle, sauvignon blanc and roussane, fermented equally in oak and stainless steel, is a crisp and balanced wine, sourced from Mendocino County.  Carol recommends Thai food as a nice pairing.

In addition to the numerous accolades and awards for her wines, Carol has been personally recognized as the San Francisco Chronicle 2005 Winemaker of the Year and is one of eight designated Pioneer Women of Winemaking in Sonoma County, a list that includes iconic names like Merry Edwards and Helen Turley. 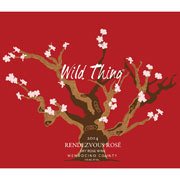 Carol also dabbles in red varietals other than zinfandel and the best way to begin tasting them is the 2014 Carol Shelton “Wild Thing” Rendezvous Rose’ ($15), a blend of mostly old vine carignane with a little viognier. A full-bodied, food friendly, dark pink wine, the “Rendezvous” is crisp and dry with cranberry, strawberry and watermelon on the nose and palate.

No one is certain, but it is common belief that the first carignane vines were planted at the dry-farmed Oat Valley 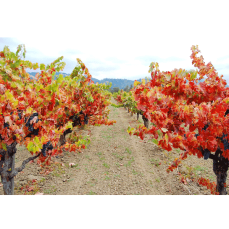 Vineyard in the Alexander Valley around 1890.  Carol used these grapes when she was making wine at Windsor and now has them back to craft her own style. In winemaking, “brix” measures the concentration of sucrose by percentage of the mass.  Shelton feels that the brix in carignane must reach 25% to unleash the complex flavors which explains why her 2012 Carol Shelton Old Vine Carignane Oat Valley Vineyard ($28) is at 25.7%.  With two-percent each of petite sirah and

alicante bouschet added for good measure, the flavors are creamy and smoky with spice, fruit and at bit of chocolate at the end.  This is a bold wine with multi-layered flavors and is a good value for the price.

The well-known Rockpile Vineyard has been the source of grapes for many fine wines throughout the region.  A unique micro-climate and hard work from many people resulted in a recent AVA designation for the area.  The Rockpile AVA vineyards are at 1,000-2,000 foot elevation above Lake Sonoma.  They enjoy full morning sun and cool afternoon breezes off the lake, the opposite of the nearby Russian River Valley AVA.  As one of my favorite varietals that combines

complexity and accessibility, the 100% 2012 Carol Shelton Petite Sirah, Rockpile Vineyard ($40) does not disappoint with black pepper spice, concentrated, aromatic blue and black berry flavors and heavy oak influences.  The flavors are intricate, but balanced after 20 months aging in the barrel.

Describing the opportunity to obtain a ton of cabernet sauvignon grapes from the esteemed Showket Vineyard in Napa valley’s Oakville District, Carol poured a taste of her 2009 Carol Shelton Napa Reserve Cabernet Sauvignon ($50), a 100% cabernet sauvignon, all from a specific vineyard, aged 26 months in 100% new French oak. The depth and flavors of this wine seem to be ever ending and include herbs, currants, tobacco with some vanilla creme at the finish.

Zinfandel grapes seem to adapt well to late harvest, maintaining some structure before they begin to rot and turn to sugar.  Once again, Carol has achieved balance and complexity in her 2014 Carol

Shelton “Black Magic” Late Harvest Zinfandel ($20), even with a brix of 31.7%, six-percent residual sugar and 15.4% alcohol. After admiring the deep color, I enjoyed the jammy flavors and texture, the not too sweetness and more vanilla at the finish.  The wine is a perfect pair with savory cheeses or the most decadent chocolate dessert imaginable. The “Black Magic” label replicates the “Wild Thing” image in purple, black and white and glows in the dark.  It is an impressive gift for someone who enjoys late harvest wines.

I thoroughly enjoyed Carol Shelton’s wines and she was true to her word that balance is what best defines them.  Her focus is zinfandel and unique vineyard partnerships throughout California, but the white and other red varietal wines deserve equal attention from wine consumers.  There are hundreds, maybe thousands of good wineries in California.  If one were to drink Carol Shelton Wines exclusively, they would have a well-rounded experience.  I don’t often recommend joining wine clubs, but would make an exception because of her diverse releases.

Carol feels that “wine has a responsibility to be entertaining” as she strives to create a zinfandel for every palate. Her wines emerge from distinct vineyards and a small production facility in Santa Rosa, but her reputation is expanding and worth exploring on your own.