Pairing wines with a special dinner is challenging, but fun, especially when it supports a good grassroots cause.  Having lived in the coastal community of Pacifica, south of San Francisco in the early seventies, we still have

friends there, many of whom are involved in a long-standing  non-profit organization called “Pacificans Care.”  Made up of all volunteers, the group raises funds to support various projects that enhance the city, aesthetically and culturally.  Participating in a wine pairing dinner to support them seemed like a worthy endeavor.

When I was informed that the chefs would be serving a herbed pork tenderloin as one of the courses, several wonderful pairings came to mind.  Depending on sauces and other ingredients, pork tenderloin can be complimentary to a range of varietals, from chardonnay to syrah.

However, this menu flavor profile was so diverse that it made selecting the wine difficult.  For example, the pork tenderloins were wrapped in prosciotto inviting a medium-bodied pinot noir or bolder syrah, but was served with an apple chutney that would normally favor a chardonnay.  With any challenge comes an opportunity to be

creative, to do something unexpected, then hope that it all works.  Let’s review what we chose and why.

Asked to select an introductory wine paired with cheese, we settled on an all European pairing that began with a highly rated, rich 2013 Selbach Oster Zeltlinger Schlossberg Riesling Spatlese from the Mosel region of Germany. A style of German riesling, Spatlese, translated, means “late harvest” but cannot be confused with our late harvest sweet dessert wines. 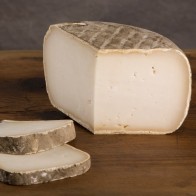 Among the styles of German riesling, Kabinett is more austere, less fruit forward, pairing well with food, Spatlese is more rich and creamy with a soft minerality and Auslese can be compared to our later harvest dessert wines.  The medium-bodied Selbach Spatlese came to my attention when Wine Spectator magazine rated it 93-points, citing complex flavors of red peach, apple pear and anise.  I felt that the rich minerality and petrol nuances of the wine helped express the creamy Garrotxa from northern Spain and Raclette, the national cheese of Switzerland

Creme fraiche, a French cultured cream available at most  markets, adds richness to soups and sauces. In this instance I anticipated enhancement to a soup that was already creamy. Needing to avoid  rich, buttery

chardonnay or other acidic white wines, this was actually are easiest choice.

The Merry Edwards Sauvignon Blanc from the Russian River Valley in Sonoma County is, arguably, one of the good food wines ever produced.  The flavors of the 2013 vintage, fairly austere not to compete with the richness of the soup, still express white peach, pear, citrus and melon on the palate preceded by floral aromas.  Awarded 93 points by Wine Spectator magazine, this sauvignon blanc is a “foodies” dream and was a perfect pair with our first course.

This pairing definitely took some “risk-taking” and was, without a doubt, the evenings most unique. Although a sparkling wine, this is not a Spanish cava produced in the “methode champenoise” because there is no dosage.  Dosage, pronounced with the accent on the second syllable, is a sweet mixture of wine and sucrose added, in small measure, to each bottle designed to enhance the flavor. French champagne, Italian proscecco, Spanish cava and other sparkling wines made in the “methode champenoise” have dosage.  Those with none are known as “brut nature” wines and generally have a more herbal flavor profile that compliments food.

The 2009 Can Mayol Loxarel “Gran Reserva de Familia” Brut Nature originates from the Penedes region, south of Barcelona, which is the oldest wine region in Europe. It consists of Xarel-lo grapes, common to the sparkling and still wines from Penedes and is aged 51 months on its lees, using the dead yeast to add texture.

In awarding this wine 93-points, Robert Parker described fennel as one of its flavors which was enough for me to take a chance on the pairing.  Our guests were a little surprised at the choice of a sparkling wine, expecting champagne flavors, but the “brut nature” complimented rather than overpowering the salad.

Although this 2009 vintage was the oldest wine we served, it was recently released, six years after harvest.  This is an extraordinary amount of time in comparison to wines produced in the states, that age 20-24 months.  European wine maker’s comfort with extended aging is primarily based on financial reasons. Most European wineries have been family owned for centuries whereas those in the states commonly are owned by the bank and the pressure to get the product to market is higher.

Pork pairs well with a range of wine varietals depending how it is prepared.  This specific recipe was difficult because the pork tenderloins were wrapped with prosciotto, favoring syrah or other deep red varietals, but the apple chutney and honey roasted carrots would prefer a rich California chardonnay.  I settled for a specific medium-bodied pinot noir from the Russian River Valley in Sonoma County that, hopefully, would balance this complexity. 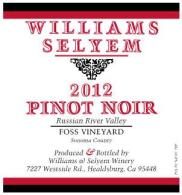 Williams Selyem is one of the state’s finest producer of Burgundian-style pinot noir and cool-climate chardonnay.  They have estate vineyards, but mostly source grapes from some of the finest vineyards in the Russian River Valley and beyond.  The nearby west-facing Foss Vineyard benefits from afternoon sun after the morning fog has lifted which results in some of the warmest soils in the valley, allowing the grapes to fully ripen for bolder flavors.

The elegant flavors of pinot noir can pair with complex flavors, including prosciotto and chutney if it also has rich texture and solid structure such as the 2012 Williams Selyem “Foss Vineyard” Pinot Noir RRV or equally fine releases from wineries such as Roar in the Santa Lucia Highlands and Loring Wines in the Santa Rita Hills appellation.

Dessert was the easiest pair of the evening, adding my favorite Rogue River Blue from southern Oregon with sage honey as an option to the chef’s wonderful truffle cake.  Rogue River Blue has a rich and creamy texture that lacks the bite of most blue cheeses and is always a good dessert alternative.  It is exclusively a fall cheese and I had

some difficulty finding it in March.  After some effort, I finally was able to purchased some through a unique online gourmet cheese source call amazon.com.

from Amador and aged eight years in French oak and the Longoria “Vino Dulce” Syrah Port from Santa Ynez Valley both express rich flavors of dark berries, spices of vanilla and pepper and, of course, chocolate.  They can and did pair equally well with the chocolate and the cheese.

Everyone had fun, a good cause was supported and we all discovered more about the wonderful partnership of food and wine.

Lyle is a freelance writer who specializes in “lifestyle” issues like wine, food, travel, music, film and memoir. He currently writes “On The Vine,” a weekly wine column for the San Francisco Examiner. END_OF_DOCUMENT_TOKEN_TO_BE_REPLACED
This entry was posted on Tuesday, April 12th, 2016 at 11:06 pm and posted in Community, Food, Wine. You can follow any responses to this entry through the RSS 2.0 feed.
« Ancient Vines Of Limerick
The Many Faces of Grenache »