Envelopes, please. ’Tis the season for Wine Spectator magazine to release their Top 100 Exciting Wines Of 2016, an annual tradition since 1988.  Although there are other reputable lists, the Spectator’s Top 100 is like the Oscars, much suspense, but if one reads the monthly, many of them are not surprises.  Differing from their standard reviews, this list has a criteria, one that needs to be understood for the whole thing to make sense.  Wines are ranked by the editors based upon quality (wines with 90-point

or above ratings only), value (cost), availability and excitement, the last criteria rumored to generate the most spirited discussions. This may explain why the Hartford Family Zinfandel Russian River Valley Old Vine 2014 (93-pt/$38) was ranked #10 on the list and the A. Clape Cornas (96-pt/$120) number 87.  I can go to nearby Healdsburg to taste and purchase our local zinfandel while the French Rhone blend is more expensive, more difficult to find and won’t be ready for drinking until 2020.

With the criteria in mind, the magazine has selected the Lewis Cabernet Sauvignon

Napa Valley 2013 (95pt/$90) as the seventh Napa Valley cabernet sauvignon to be named Wine Of The Year in its nearly three decade history. The Lewis’ cabernets have been on the radar of wine experts since their inaugural vintage, the best ones deemed and recognized as special.  This wine has been named to Wine Spectator and other periodicals Top 100 and Top 10 lists on many occasions. 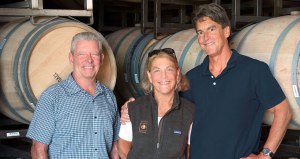 .  A crash into the wall during trials in the early nineties helped channel racing partners Randy and Debbie Lewis into winemaking partners, releasing their first vintage in 1994. Lewis is known for being patient with the vines, preferring the grapes fully ripened.  The result has been rich, elegant, lengthy wines and the 2013 vintage, described by Senior Editor James Laube as “a hedonistic wine experience from a spectacular vintage,” apparently, is one of their best.

The other top ten wines are equally interesting featuring two Oregon releases in the top five, whites from Bordeaux, a more obscure Italian region, a historic vineyard, a history family and a consistently good blend from California.

I am quite familiar with the Domaine Serene Winery in Oregon’s Willamette Valley, especially their 2012 vintage pinot noir releases.  Owners Ken and Grace Evenstad, who have produced fine pinot noir grapes for years, began in 2010 to combine choice barrels

from single vineyards to create the Domaine Serene Chardonnay Dundee Hills Evenstad Reserve 2014 (95-pt/$55), Wine Spectator’s #2 wine. I am intrigued by descriptions of minerality with layered and lengthy flavors, all pointing to elements of a Burgundian white. From a terrific winery, this wine will soon be in my search engine. It is back to back Oregon releases with the #3 Beaux Frères Pinot Noir Ribbon Ridge The Beaux Frères Vineyard 2014 (95-pt/$90)from a respected producer, also from the northern

That two Bordeaux wines placed in the Top 10 is somewhat normal, the fact that they are both white wines is anything but. 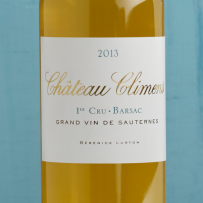 semillon grapes, produced at a biodynamically farmed, certified organic winery located south of Bordeaux along the left bank of the Gironde River, north of the famous Sauternes region.  The first Barsac named to the Top 10, this wine used only sémillon grapes infected with Botrytis cinerea, the “noble rot” and is described as balanced, with ample stone and tropical fruit flavors and a creamy mouthfeel. 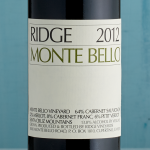 Mountains 1971 helped re-shape the wine industry by placing fifth in the 1976 Paris tasting, then ranking first in the 2006 Reprise Tasting, judging the aged versions of the original vintages.  Described as an old-school cabernet, the Ridge Monte Bello Santa Cruz Mountains 2012 (94-pt/$175) adds merlot, cabernet franc and petit verdot to take its place among our finest meritage blends.

From the Piedmont region, produced with a co-operative managed by Aldo Vacca, the #5 Produttori del Barbaresco Barbaresco Asili Riserva 2011 (96-pt/$59) comes from an appellation that is

smaller than Barolo and the wines are accessible sooner. Asili is one of nine single vineyards that lies atop the hills where it’s generally cooler. Fermented in stainless steel after the malolactic process, it is highly reviewed for concentrated, elegantly balanced flavors and is the best value within the Top

10. The sangiovese-dominant #8 Antinori Toscana Tignanello 2013(95-pt/$105) comes from a pioneering winery who was a leader in introducing French varietals to the Tuscan varietals, labeling them “Super Tuscans.”  The addition of cabernet sauvignon and cabernet franc is said to add ”power, depth and structure.”  Always consisting of the same blend, this is the highest rated vintage from IGT Toscana designated Tignanello Vineyard, over one hundred acres high above sea level.

The Orin Swift Winery, founded in 1998 is derived from winemaker Dave Phinney,s fathers middle and mother’s maiden names.  I have enjoyed his zinfandel-based “The Prisoner” wine for years, a brand he sold in 2010 to concentrate on new blends with

names that include “Papillon,” “Machete” and “Abstract.”  I was pleased when the #6 Orin Swift Machete California 2014 (94-pt/$48) received such lofty recognition.  Having tasted previous vintages, this is a big, earthy wine with ample tannins and rich flavors.  A good value, but now harder to find.

California dominated the list with 21 wines and after the addition of ten more from the Pacific Northwest (Oregon-4, Washington-6) and one from the Fingerlakes region of New York, the #70 Ravines Riesling Fingerlakes dry 2014 (90-pt/$18), the US contributed 32 wines.  France provided 16 releases, divided evenly throughout their diverse regions and Italy placed 18 wines, mostly from Tuscany. Spain was the only other country in double figures with 10 wines, including two standards from the Haro wine loop in northern Rioja that we visited in 2010. Returning to the list are the #22 Cune Rioja Gran Reserva 2010 (94-pt/$33), after the vintage 2004 Imperial Gran Reserva was named the 2013 Wine of the Year and the #65 La Rioja Alta Rioja 904 Gran Reserva 2007 (93-pt/$55), both good values.

Israeli winemakers are beginning to show their diversity by setting two wines, a red and a white, into the fold.  A kosher chardonnay-sauvignon blanc blend, the #79 Tzora Judean Hills White 2014 (92-pt/$30)relies on winemaker Eran Pick and his world of experience for the complex flavors and and the north region #93 Galil Mountain Yiron Galilee 2013 (92-pt/$32), the winery’s flagship release,  blending cabernet 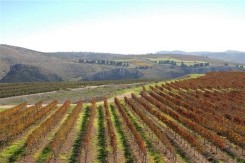 The 2016 list is filled with old veterans, a few grace or have graced my cellar.  Having long described it as my favorite food-pairing sauvignon blanc, the #17 Merry Edwards Sauvignon Blanc Russian River Valley 2014 (93-pt/$32) signals an extraordinary vintage.  I have enjoyed single-vineyard zinfandel from Paso Robles’ Ueberroth Vineyard since the mid-1990s when grapes were

sourced to the now defunct Martin Weyrich Winery. Turley has continued to honor it with the #20 Turley Zinfandel Paso Robles Ueberroth Vineyard 2013 (94-pt/$48).  Ancient vines and limestone slopes are the key to the vineyard’s rich expressions.

pairing it with an Abbaye de Belloc cheese from southern France.  It has the depth, balance and richness expected from Hall, but this one is their most moderately priced.

I am actively searching for the #31 Tenshen White Central Coast 2015 (92-pt/$20), celebrating its second appearance on the list. In fact, the wine has appeared in

periodicals and is generating excitement for winemakers Joey Tensley and Alex Guarachi.  From a white Rhone blend of viognier, roussanne,grenache blanc with a touch of chardonnay, we expect it all:  body, texture and expressive, balanced flavors.

South America was well represented with seven wines total from Chile and Argentina, including a wine that meets all the criteria and I feel compelled to mention, the #74 Bodega Norton Malbec Mendoza Reserva 2014 (90-pt/$19).  Retailing for less than $20, each vintage of this nicely structured wine from the Mendoza region of Argentina seems to be readily available in most wine outlets and, in the best years, extolled as an exciting wine.

Finally. a special mention goes to Sonoma County, especially the Russian River Valley appellation that contributed six wines.  Known for pinot noir and cool climate chardonnay, the 2016 releases expressed more diversity than normal with two zinfandels and a sauvignon blanc in the top 20 and one each of syrah, chardonnay and pinot noir. The Russian River Valley appellation is a leader among leaders.

Lyle is a freelance writer who specializes in “lifestyle” issues like wine, food, travel, music, film and memoir. He currently writes “On The Vine,” a weekly wine column for the San Francisco Examiner. END_OF_DOCUMENT_TOKEN_TO_BE_REPLACED
This entry was posted on Thursday, December 15th, 2016 at 9:59 pm and posted in Wine. You can follow any responses to this entry through the RSS 2.0 feed.
« A Tasting in Chateauneuf-du-Pape
Margaux, by chance? »