I recently had the opportunity to attend the Tour des Deux Rives (Two Banks) tasting event held at Wine and Wall in San Francisco that showcased imports from the Bordeaux region.

Bordeaux, in southwest France, is home to centuries old vineyards that create some of the world’s most iconic wines. The Garonne and Dordogne Rivers merge north of the city of Bordeaux to form a broad estuary known as the Gironde that flows to the Atlantic Ocean. 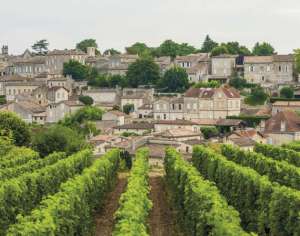 Strewn along both banks of the Gironde, regions like St. Estephe, Pauillac, Sauternes, St. Emilion and others are known for producing extraordinary cabernet sauvignon, merlot, cabernet franc, petit verdot and other grape varietals that contribute to the prodigious Bordeaux blends.

Bordeaux wines originating from Rive Gauche, or Left Bank of the Gironde are cabernet sauvignon-dominant and those from Rive Droite, or Right Bank, are merlot-dominant.  One might say that Bordeaux is the Napa Valley of France except that they started making wine hundreds of years earlier.

There were nearly twenty different Bordeaux blends poured at the event which was a bit overwhelming.  However, a few wines stood out. 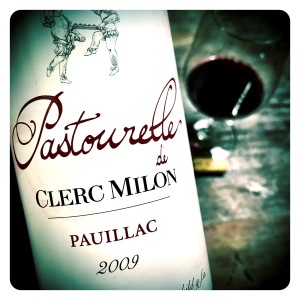 From the Pauillac appellation on the left bank, north of Bordeaux, the Pastourelle de Clerc Milon 2009 is a blend of cabernet sauvignon, merlot, cabernet franc, petit verdot and carmenere.  After expressing herbal aromas, the flavors were rich and concentrated with peppery notes, soft tannins and a lingering finish.

Baron Nathaniel de Rothschild purchased Chateau Brane-Mouton in 1853 and renamed the estate Chateau Mouton Rothschild.  The Chateau Mouton Rothschild 2010, a cabernet sauvignon-dominant blend with merlot, cabernet franc and petit verdot is a true first growth Premier Grand Cru Classe release.  Since 1945, the estate has commissioned artists to create original artwork for each label.  The 2010 vintage label art was created by Jeff Koons who is known for his inflatable stainless steel rabbits and Puppy, the flower-covered sitting dog sculpture outside of the Guggenheim Museum in Bilbao, Spain.

This Premiere Grand Cru Classe Bordeaux blend with label art by an international artist is not cheap. On some sites, the price for this wine exceeds one thousand dollars.

In a quality ranking system of first to fifth, second-growth refers to the second level of the grapes importance. Described as a “first class second-growth,” the Reserve de la Comtesse 2011 from Chateau Pichon Lalande is primarily a merlot and cabernet sauvignon blend that comes from the same terroir as the Grand Vin release.  Full flavored and perfectly balanced, this wine is a good value at $35.

Located south of Bordeaux, the terroir in Sauternes, along with Botrytis Cinerea, the “noble rot,” produce the world’s greatest and most expensive dessert wines.  Beginning in 1593, no one has done it better, vintage to vintage than Chateau d’Yquem.  The Chateau d’Yquem 2005, a Premier Cru Superieur blend of  semillon (75%) and sauvignon blanc (25%) is a treat to the senses with fresh vanilla 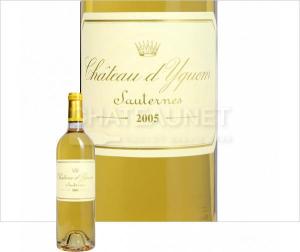 aromas and rich flavors of crème brûlée and gingerbread.

The 2005 vintage received rating in the range of 98-100 points by three major periodicals which helps justify its price of nearly $700 per bottle.

In 2016, we visited the stately grounds of Chateau Magdelaine, just outside the walls of St Emilion village. The nearly 30 acres of vineyards were meticulously maintained and the production buildings had undergone significant renovation.  Heavily limestone-laden soils produced the merlot-dominant Chateau Magdelaine 2006 which was lush and layered 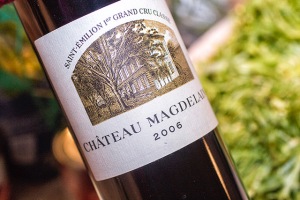 with balanced dark berry flavors that expressed the unique terroir of the appellation.

Blends from the Bordeaux region, both current and futures, are readily available on-line or in fine Bay Area wine shops.  Whether preferring left or right bank wines, I recommended some research on the history of the producing Chateau, its appellation and classification.  While Premiere Grand Cru is extraordinary, better values can be found among second and third growth Bordeaux wines.

Lyle is a freelance writer who specializes in “lifestyle” issues like wine, food, travel, music, film and memoir. He currently writes “On The Vine,” a weekly wine column for the San Francisco Examiner. END_OF_DOCUMENT_TOKEN_TO_BE_REPLACED
This entry was posted on Saturday, March 16th, 2019 at 5:27 pm and posted in Wine. You can follow any responses to this entry through the RSS 2.0 feed.
« Pairing wines with legendary olive oil born of tragedy
Cartograph Wines map a path to your palate »