Traditional sparkling wines from the shadows of the Dolomites

We often mistakingly define all Italian sparkling wine as prosecco.  It’s popularity is unmistakable.  Data has shown that nearly one-fifth

However, prosecco is only one Italian sparkling wine, made from the glera grape and grown exclusively in the Veneto and Friuli-Venezia regions.  The name of the grape was changed from prosecco to glera in 2009 to protect the brand from outsiders.

Terrific sparkling wines also originate from Lambrusco, Franciacorta, Asti Spumante and Trentodoc, a little known region in the Dolomites that produces sparkling wine using the same grapes and “metodo classico” (traditional method) as those from the 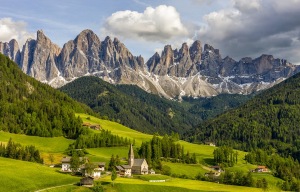 Trentodoc is a series of sparkling wines that actually originates from vineyards near Trento in the Trentino Alta Adige region, north of those where prosecco (glera) is grown.  The Dolomites mountain range serve as a majestic backdrop for many of the vineyards. The names of these wines, Trentodoc, is a combination of the city and the DOC ((Denominazione di origine controllata), a designation that instills strict requirements designed to protect the integrity of the region.

The Trentino region is the second largest producer of Italian sparkling wines that espouse the Champagne method (méthode champenoise) of allowing the second fermentation to occur in each bottle, when sugar and yeast is added to the wine (tirage), before the bottles are temporarily capped.  The interaction of the sugar and yeast culminates in carbon dioxide being trapped in the bottle.

Trentodoc sparkling wines are also made from many of the same grapes used in wines from Champagne.  Aside from “metodo classico,” the DOC regulations restrict the varietals to chardonnay, pinot noir, pinot meunier and pinot blanc, requiring that the vines are grown in pergola (canopy) style and that irrigation be used only in emergency situations.

All non-vintage Trentodoc wines must rest on their less for a minimum of 15 months, 24 months for vintage and 36 months to be called riserva.

Little known in the United States, Trentodoc sparkling wines have a personality that is not “bone dry” nor overly sweet.  Their bouquet is floral and somewhat delicate and the flavors are rounder and richer than most.  Another reason for the heightened awareness is their availability and cost, mostly within the $20-$35 range.

With warm daily breezes and cool evening winds, vines in the upper Cembra Valley, within shadows of the Dolomites, enjoy great terroir 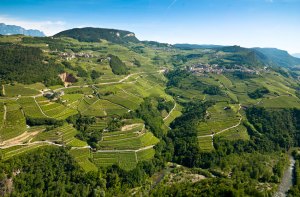 for the chardonnay grapes used in the 2010 Cesarini Sforza Riserva 1673 ($30).  The juice rests on its lees for a minimum of 60 months which adds to its delicate, rich texture that exceeds other sparkling wines at a similar price.

Founded in 1902, Ferrari Trento is one of the largest and oldest producers of several sparkling wine using the traditional method.  In 2017, they were awarded the title of “Sparkling Wine Producer of the Year” at the Champagne and Sparkling Wine World Championships

Grown at high mountain altitudes, a blend of pinot nero and chardonnay grapes, vinified as a rose’, comprised the non-vintage Ferrari Rose’ ($27), a beautiful light wine, but with deeper color than most.  Of all the Trentodoc wines that I tasted, this had the most complex and elegant nose and flavor profile with fresh hints of currants and berries

Certified organic, Maso Martis Trentodoc produces several releases including the non-vintage Maso Martis Brut Trentodoc ($40), made for chardonnay (70%) and pinot noir ($30) grapes. The aromas are floral and fruity while the flavors are full, but delicate.  I found 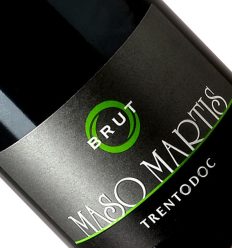 the wine to be food friendly, having paired it with pesto-crusted orange roughy.

From 100% chardonnay vines high above sea level in the hills above Trento, the 2014 Altemasi Millesimato Trentodoc ($30) is a vegan, gluten free wine that goes through weekly battonage during the first fermentation, before tirage.  Battonage is the process of stirring the lees (dead yeast) into the juice, adding a softer, rich texture.  During the second fermentation, this wine is aged on its lees (not stirred) for 36 months.

The Altemasi Millesimato is dry, but fruity with well-integrated aromas and flavors of citrus and peach.  It is a perfect pair with scallops.

Trentodoc sparkling wines are the best option for those with a desire to explore beyond prosecco or simply seeking a flavorful, reasonably priced sparkler for the next occasion.

Lyle is a freelance writer who specializes in “lifestyle” issues like wine, food, travel, music, film and memoir. He currently writes “On The Vine,” a weekly wine column for the San Francisco Examiner. END_OF_DOCUMENT_TOKEN_TO_BE_REPLACED
This entry was posted on Thursday, April 25th, 2019 at 9:51 pm and posted in Wine. You can follow any responses to this entry through the RSS 2.0 feed.
« The Limerick Lane Cellars story is one of stewardship
The Vintage Port 2017 wines mark consecutive years of excellence »